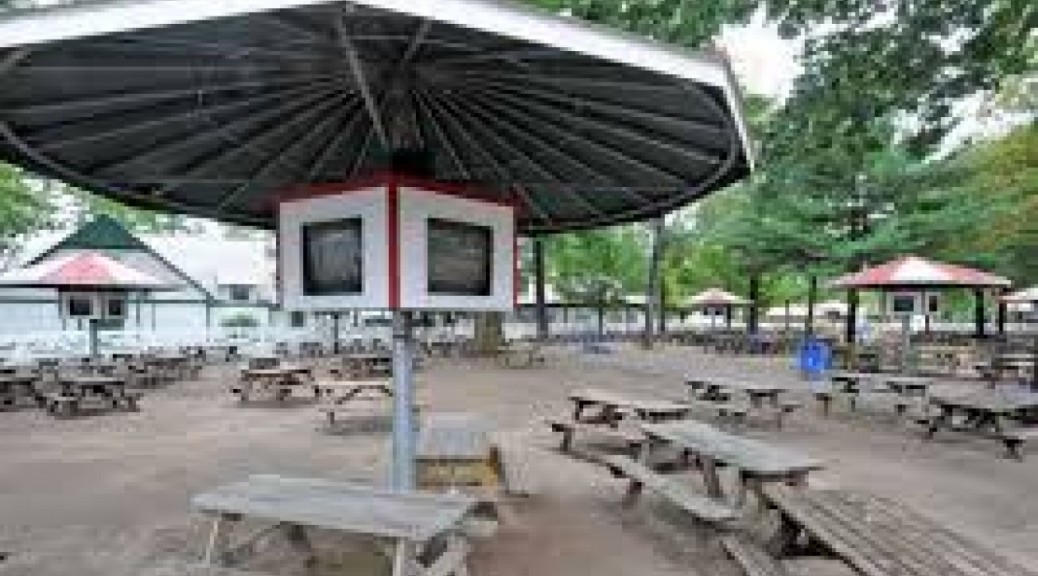 From Mary Lou to Tom; Jim Dandy to Fourstardave; Siro’s to backyard tailgating; and morning workouts to give aways; Saratoga has a cast of heroes, customs, and institutions which make it, in our opinion, the most unique sporting venue on Earth. Over the next 40 Days, we will profile 40 of these legends and traditions, adding our own memories and experiences from 30 plus years of summering at the Spa. It’s our Salute to Saratoga. We hope you enjoy following along.

On Saturdays in July, August and early September, there are often two sets of races at Saratoga.  There are obviously the races in the afternoons, where the best thoroughbreds in the world compete. 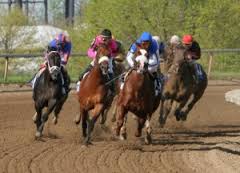 And then there are the races in the morning, where seasoned competitors of all stripes — old and young, male and female, hung over and not hung over — compete for the unequaled prize of snagging a wooden picnic table in a dusty, tree covered field.  Those races, of course, comprise a Saratoga tradition unlike any other: The Running of the Picnic Tables. 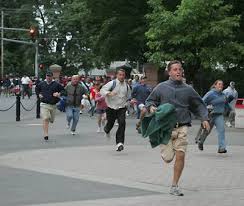 It starts at about 6:30 in the morning, when people begin to congregate around the Saratoga gates.  Everyone has something to mark their territory — newspapers, coolers, tablecloths, towels, I even saw someone use a shoe one time.  They actually left their shoe on a picnic table to claim it.  As 7:00 grows near, the anticipation builds.  There are some poor souls, in the back of the  line that woke up early and still have almost no shot of getting a picnic table.

But the real fun starts when the gates open.  People of all ages spring into action like they were shot out of a cannon.  Breaking through the gates at a dead sprint, everyone scatters to find the best spot, as those further back in the line fidget anxiously, hoping to find even one, partially broken picnic table with no view of a TV.  Its quite a spectacle.

Of course, the granddaddy of all the picnic table runs is on Travers Day.  And that will be the case tomorrow too — even though attendance is limited to 50,000 people, there will still be a lot of competition for those limited tables.  Its going to be awesome.  I would recommend getting a good night’s sleep, staying hydrated, and keeping those elbows high.

For those of you who will be in the mix tomorrow morning, the Thorobros have some key (illustrated) pointers: 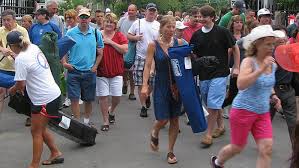 Form:  The woman in the pinkshorts and the cowboy hat has great form.  It is of the utmost importance to keep your form as you maintain a dead sprint towards your desired picnic table.  Often, patrons who had been drinking the night before will be dehydrated, or will have their form break down midway towards the best table.  Good leg kicks and a solid, 90 degree arm swing will give you that little edge over your competitors.

Determination:  Seeing a Triple Crown winner in the Travers is probably a once-in-a-lifetime experience.  You are not going to get a good picnic table by sauntering through the gates and walking up to a table and nicely laying out your table cloth.  You gotta come strong.  Look at this little dude in the plaid shorts for instance.  That guy is trying HARD.  And look at the fella in white in the background — I think he is taunting all the people behind him as he high-steps his way to his picnic table.  What a winner.  The moral of the story though — especially tomorrow — is that you have to sprint like your life depended on it.  You have to collapse on that picnic table, lungs heaving, sweat pouring.  That way, later that afternoon, as you look deep into your can of Keystone Light, you know you earned that hard wooden seat. 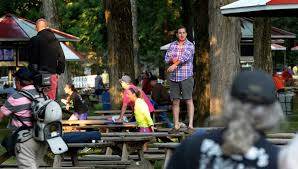 Triumph and Celebration:  You’ve done it.  You’ve reached the pinnacle.  You’ve secured a coveted picnic table for Saratoga’s biggest day since the 1970s.  A nice towel, newspaper, old welcome mat or whatever else you could find around the house at 5:30 in the morning rests proudly on your new kingdom.  All around you, vassals scramble like rodents looking for any last remaining table.  But you are king.  You have a great table, with good shade, close to the TVs.  There is plenty of room for coolers and sandwiches.  There is nothing left to do but stand on your table, and survey the scene.  Look around, breathe in the lovely morning air.  Try not to think about the 2.5 slices of pizza that you drunk-ate the night before on your walk back home.  Shout to some of your homeboys who were a little slower to wake up, and are now wandering around the backyard like zombies, looking for any scrap of grass to claim for themselves. 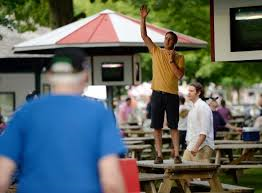 You’ve reached the mountaintop.  You – and you alone – outsprinted kids, senior citizens and dozens of other bros to get your picnic table.  Now its only 6 hours until post time…. 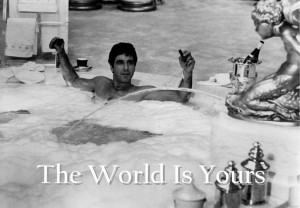 One thought on “40 Days: A Salute to Saratoga –The Running of the Picnic Tables”