We are reaching way back into the history books for the first of our contestants today, all the way back to the 1913 Kentucky Derby – and a horse that remains the longest shot to win the Run for the Roses. The second contestant is more recent, but an extremely unlikely upsetter nonetheless, taking the 1994 Breeders’ Cup Distaff at odds of 47-1.  The question is which of these competitors will be moving on to the Horse Madness Elite 8?  Which one was the bigger upset?

When it comes to 1913 Kentucky Derby winner Donerail, who left the gates at 91-1, there is a dearth of information to go on other than the odds and published recaps of the race itself. There is no easily available chart or video, but it is pretty clear that this was an upset for the ages.  Donerail won just 10 times in 62 starts, although he did place or show 21 additional times.  His other “major” wins were in the Canadian Sportsmen’s Handicap and the Hamilton Cup.  But on that first Saturday in May, 1913, Donerail was the best horse of his generation, despite being utterly dismissed by the betting public.  He hardly ran like a 91-1 shot, however, drawing away at the finish and winning the Derby in a track record time of 2:04 and 4/5.  He ended up winning by a lengthening half-length over Ten Point, under immortally named jockey Roscoe Goose.  Goose’s nickname was The Golden Goose, which is amazing, but also reflective of his success in the horse racing industry over his entire life, from jockey to trainer to owner.  He eventually became a millionaire – talk about an underdog story.  Perhaps the most telling thing about Donerail, however, is that despite the other big longshots that have won the Derby (Mine That Bird, Charismatic, Giacomo, etc.), Donerail remains the biggest upset by odds in the 140 year history of the race.

“You have just witnessed a felony” was Tom Durkin’s call as the One Dreamer crossed the wire in the 1994 Breeders’ Cup Distaff at odds of 47-1. Gary Stevens had somehow managed to let his gray 6 year old mare gallop on the front end for a mile around the Churchill Downs oval, as more heavily favored contestants Heavenly Prize, Hollywood Wildcat and Sky Beauty were content to let him take the race.  While she did have to repel a game bid from Heavenly Prize in the last 50 yards, she ended up prevailing by a neck and when you watch the replay, she was never seriously threatened.  She headlined a trifecta that paid $5,843.80, as the longest shot on the board, 77-1 shot Miss Dominique got up for third. While One Dreamer had won a Grade II stakes (the Louisville Breeders’ Cup Handicap) earlier in her six year old season, and was a seasoned stakes competitor, she had never even come close to winning a Grade I contest (4th place in the Beverly D was her best and only effort at that level), let alone winning a Grade 1 at the highest level of the sport.  Her last prep for the Breeders’ Cup Distaff was a fourth place finish in the immortal Breeders’ Cup Prep the Rachel Jackson Stakes at about a mile on turf at the Dueling Grounds (now Kentucky Downs, but as an aside, can we go back to the “Dueling Grounds?”  Is there a cooler name for a racetrack than that?).  So he had every reason to be dismissed at 47-1 – particularly because nobody reading the past performances could have anticipated that she would lope along on an uncontested lead.  But in the actual race, as Mr. Durkin so aptly described, Gary Stevens stole it, and we have the video.

Here is a replay of the 1994 Distaff and a picture of Donerail (courtesy of www.kentuckyderby.com). 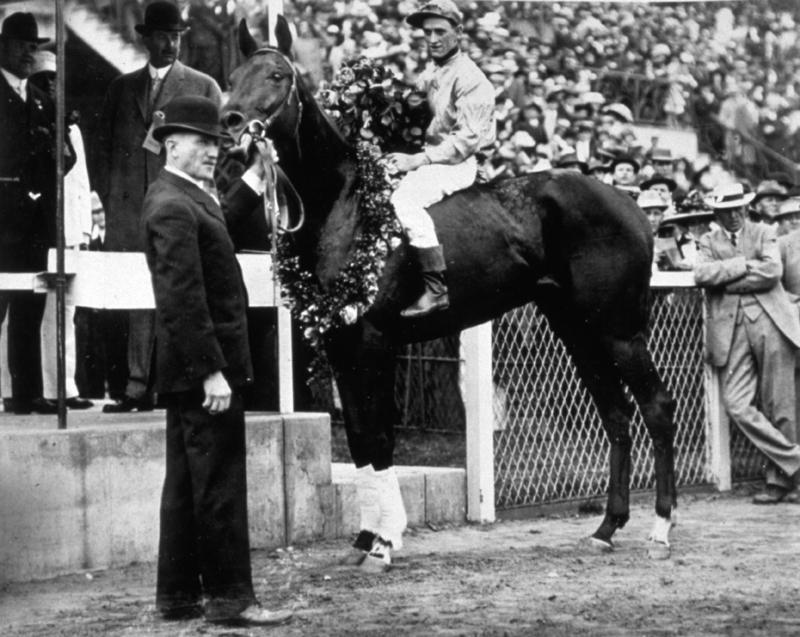